Why Invest in Athens?

Athens is the business center of Greece. Out of 11 million people in Greece, 5.5 million live in Athens. Athens hosts the parliament, districts and high courts, leading universities and the country's cultural centers.

Every year 30 million tourists enter Greece and 6 million of them arrive in Athens. Most of the tourists come to visit historic places and sightsee, but quite a few are foreign investors looking for the next opportunity. Real estate prices have been rapidly rising since 2015, and they are expected to continue rising due to the foreign demand.

Thanks to the huge population of Athens and the immense number of tourists which “doubles” the population every year, purchasing an apartment in Athens provides the possibility to meet the rental needs of a great variety of tenants - including tourists seeking Airbnb apartments in the historic and touristic center, students seeking rentals near the universities, and middle-class populations looking for long-term leases in the first and second circle around the city center. 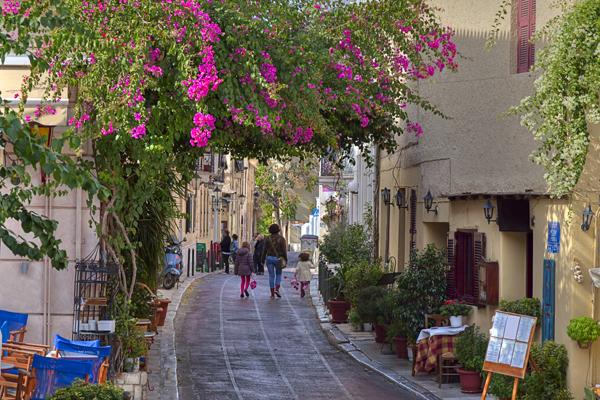 While Athens is one of the world's oldest cities, today it is a modern, global, Westernized city full of cultural stimuli including museums, tourist sites, theaters, concert halls, restaurants, bars and more.

Residents of and tourists to Athens enjoy a clean and safe city. Athens has the most advanced and efficient mass transportation system in the world. The city center is fully networked with close efficiency and full synchronization of all public transport.

Athens is a very popular city for tourism. Tourism in Greece in general and Athens in particular is on the rise. More than 6 million tourists visit Athens each year, and that amount is rising.

Athens suffered from the economic crisis that hit Greece in 2010, with real estate prices in Athens falling by more than 50%.

Ilisia, which lies in the center of Atwhich, is considered to be a favorable place. The residents of Ilisia are from a high socio-economic class. The Hilton Athens and US Embassy are located in Ilisia. The neighborhood's two Metro stations make is highly accessible. Ilisia is surrounded by Zografou and Pangrati. Thus, Ilisia is attractive to both Athens' residents and tourists.

Ampelokipoi, which means "vineyards" in Greek, is a major neighborhood located in the center of Athens. Since 1923 the neighborhood has been home to the Panathinaikos Sports Club - the sports club with the most titles in Greece, both in basketball and soccer. There are two Metro stations in the neighborhood, including one that belongs to the blue line which leads to the airport. The Supereme Court of Greece, the central hospital complex of Athens, many commercial buildings, restaurants and bars are located in Ampelokipoi. Many students and lawyers seek to rent apartments in Ampelokipi. There is also high demand for short term medical tourism in Ampelokipoi given the major hospital complex of Athens is located there.

Pangrati is a middle-class neighborhood in the center of Athens. Due to its central location, there is high demand for residential living in Pangrati. Many students seek to rent in Pangrati as well. In the past few years, the demand for Airbnb rental apartments in Pangrati has rapidly grown. Pangrati enjoys a vibrant atmosphere and busy night life with many bars and taverns, restaurants and coffee shops.

Zografou, the historic center of Athens, is surrounded by Pangrati, Ilisia and Kaissariani. Despite its central location, Zografou is a separate municipal entity from Athens. Zografou's affluent, high-class character and its green streets, parks and gardens draw many families to the neighborhood. In addition, many students seek to rent living space in Zografou as it hosts many University of Athens' campuses. Due to the large student community in Zografou, many bars and restaurants have opened there, making for great night life. Currently there is a vast network of public transportation in the neighborhood, and soon the yellow Athens Metro line will run through Zografou.

Vyronas is a suburb of Athens that is located 3 kilometers from the city center. It is named after Lord Byron, the great English poet revered as a national hero by Greeks because he joined and lost his life in the Greek War of Independence against the Ottoman Empire. Vyronas borders the Pangrati and Kaissariani neighborhoods. Highways and public transportation give Vyronos residents easy access to the city center. Vyronas stands on high grounds and offers great views of Athens. Vyronos hosts many taverns and restaurants. For these reasons, the neighborhood is very popular and available apartments are limited.

Gyzi is a residential Athens neighborhood (not to be confused with Gazi) which is named after the 19th century Greek painter Nikolaos Gyzis. Gyzi, located a short distance from Athens' historic center, has a slow-tempered, trendy atmosphere. Gyzi rentals are attractive to students as it is close to campus and hosts district courts and hospitals.

Sepolia, located close to the historic center of Athens, is a middle-class neighborhood populated mainly by families, and students. It is easy to get from Sepolia to the city center given the few metro stations and many bus stops in the neighborhood. Sepolia is bordered by Motorway 1, which runs from north to south and connects Athens with Thessaloniki, the second largest city in Greece. Due to its proximity to the motorway, many people use private cars instead of public transportation to travel to Sepolia.

Piraeus, a port city located 10 kilometers south of Athens' city center, is an independent municipal entity. Piraeus is home to the largest and most important sea port of Greece. The population is comprised of middle-class families. The University of Piraeus is one of the oldest in the country and attracts students from around Greece. The city is one of the most popular touristic places in Greece. As such, Piraeus has many taverns, bars and restaurants. Piraeus is easily accessible from Athens by car, train, public transportation and metro. The extension of the blue Athens Metro line, the new yellow Athens Metro line, and the addition of three Athens Metro stations in Piraeus will soon give Piraeus residents even better access to Athens' city center and airport.

Kalithea, a centrally-located neighborhood of Athens, starts south of Kukaki, next to the acropolis, and continues all the way south to Piraeus. Its central location gives its residents easy access with public transportation to all of Athens. On the green Athens Metro line, there are just four stops between Kalithea and Athens' historic center. There are many cultural institutions, including the notable Stavros Niarchos, in Kalithea. And the neighborhood's colleges and university makes the neighborhood attractive to students.

Kypseli, one of the oldest neighborhoods in central Athens, has an abundance of neo-classical architecture. Many of the affluent residents of Athens lived in Kypseli until the 1970's. Following the new construction in the 1970’s, many Kypseli residents moved to the newly-constructed neighborhoods. In recent years, a gentrification process has begun and a new, strong population has returned to Kalithea. A co-working campus and art center has opened in Kypseli. Kyseli hosts district and local courts, university and many parks. The presiding prime minister of Greece lives in the center of Kypseli. The new metro line due to be finished by the end of 2019 will run through this neighborhood and enhance demand for housing in Kypseli.

Korydallos, an Athens neighborhood with a population of 100,000 people, is located 5 kilometers north of Piraeus and 9 kilometers west of Athens. The neighborhood's stunning growth is due to its great location. Located between Athens and Piraeus, Korydallos has become a major local trade center. Greece’s third largest university, with 24,000 students, is in Korydallos. By the end of 2019, the blue Athens Metro line is expected to be completed with an additional station reaching Piraeus and stopping in Korydallos. Once completed, people will be able to get from the main square of Korydallos to Syntagma square (the main square of Athens) in 10 minutes and from the main square of Korydallos to the center of Piraeus in 7 minutes on the train. These metro additions, which will enable people to live in a serene area with great night life while enjoying quick access to Athens and Piraeus, is expected to increase the demand for apartments in Korydallos.