Why Invest in Greece?

Many Israelis enjoy vacationing in Greece given its magnificent history and beautiful islands. Now Israelis, like other investors worldwide, are starting to notice the potential real estate investment opportunities that Greece offers. Since 2015 the Greek economy has been showing encouraging signs of recovery and improvement in all the important economic indicators. As a result, real estate prices have risen significantly in the past years and are expected to continue rising.

Greece is enjoying massive investments in tremendous amounts from the EU in various sectors, such as infrastructure, industry and transportation. Greece is building a new yellow Athens Metro line and extending the blue Athens Metro line by three stations all the way to Piraeus. These investments are improving access to Athens' city center. This, in turn, is enabling Athens' residents to enjoy high-quality living outside of the city center, from where they can easily access employment centers via the Metro. Thus, foreign investors, and the Chinese investors in particular, are pushing the city development forward and increasing the demand for quality residential properties in Athens. 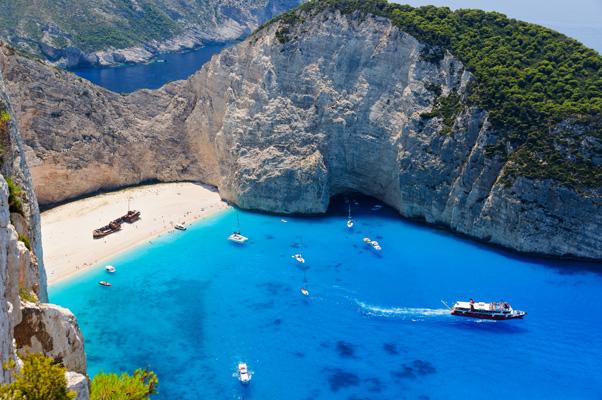 Greece, located in southeastern Europe, borders the Aegean Sea to the east, the Greek Sea to the west and the Mediterranean Sea to the south. The country, with a populatio of about 11 milllion, includes about 3,000 islands. Greece is a member of the European Union, and its currency is the Euro.

Greece suffered a severe economic crisis in 2010. The country faced huge debts, and experienced several years of recession and stagnation in the economy and the housing market.

By 2015, Greece and its creditors had arrived at understandings about European assistance to rescue Greece from the crisis. Even without having met the assistance targets set, the Greek government already in 2016 presented a budget surplus after years of stagnation. In early 2018, and for the first time in a long time, Greece has succeeded in showing real GDP growth, a budget surplus and a decline in unemployment.

Likewise, the Greek real estate market has been experiencing a steady rise in prices.

7 Reasons Why to Invest in Real Estate in Greece

It is possible to fly from Israel to Greece in less than two hours.

It is possible to purchase flights between Israel and Greece for about 150 USD.

The recession in Greece caused the price of assets to fall by about half. The price of the apartment is at a bargain price! Thus, a rise in value is expected as a result of the improvement in the economic situation.

Greece is a part of the European Union, and its local currency is the Euro.

100% ownership of the Land Registry. Annual cash return of 6%-8-&. There is no tenant protection law.

There is a low purchase tax of 3%. There has been no capital gains tax on real estate in Greece since 2015. A tax treaty between Israel and Greece (and the EU) ensures that there will not be any double taxation.